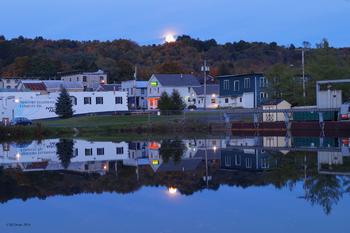 Located almost directly in the center of the state, Herkimer County is one of the most diverse and historically rich areas in New York. From rural communities to rolling farmland, Herkimer County includes the foothills of the Adirondack mountains.  The Mohawk River and Erie Canal flow across the southern part of the county.  It is the heart of what makes Central New York a spectacular place to be.

Herkimer County was formed in 1791 from part of Montgomery County. The majority of its inhabitants settled in the Mohawk Valley on the banks of the Mohawk River. As time passed, other settlers built farms on the surrounding hillsides that grew grain as part of the early American Breadbasket. Herkimer has continued to consist of rural and agricultural communities.

Herkimer is named after General Nicholas Herkimer, a hero of the American Revolution. Herkimer lived in what is now the Town of Danube and was the general of the local militia during the American Revolution. During the seige of Fort Stanwix, General Herkimer led a force of approximately 800 soldiers to aid the American garrison. On the way they were ambushed by the British accompanied by their Native American allies. General Herkimer was seriously wounded near the beginning of the battle but continued commanding his troops from underneath a nearby beech tree. Herkimer later died of gangrene resulting from his wounds.